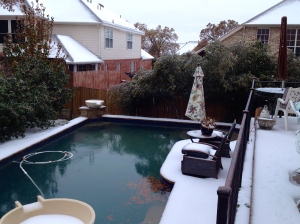 Every few years, we North Texans are blessed with ice raining from above and coating everything from roads to power lines to trees. We’ve watched countless news reports of vehicles stranded in lines miles long on the frozen Interstates – most of those are truckers just trying to get their loads through our region to their final destination. I know of at least one friend who is still without power at her home. I’m hearing that the ice storm of December 5-6, 2013 is much earlier than normal. Perhaps that’s true; the last major ice storm in these parts wreaked havoc on the 2011 Super Bowl at Jerry World. 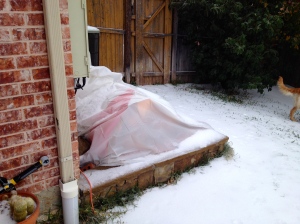 Here in Keller, Texas we are just south and east of the worst-hit areas of Denton and surrounding communities. Fortunately we sustained no damage at my house. My pool pump, however, decided that just before the storm would be the perfect time to lose its prime. Since the motor still runs I’m hoping it’s repairable, so to keep it from freezing up and cracking I built a structure out of cardboard, plastic and duct tape. Inside of is a heat lamp that has been illuminated since the mercury first approached freezing. As I admired my handiwork the thought came to mind that even Phil Robertson of Duck Dynasty fame would be proud!

We used our “iced in” time to enjoy some much needed R&R. As the ice fell Thursday evening we enjoyed NBC’s live presentation of “The Sound of Music”. I thought it was a cool production. Friday I worked from my home office, then treated the family to a double feature of “Jingle All the Way” starring The Arnold and “National Lampoon’s Christmas Vacation” featuring my favorite family man Clark W. Griswold played by Chevy Chase. Our double feature Saturday evening was “White Christmas” starring Bing Crosby, Danny Kaye, Rosemary Clooney and Vera Allen and “Four Christmases” with Vince Vaughn and Reece Witherspoon. 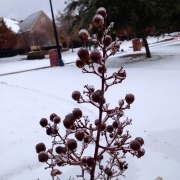 Life moves fast – so fast that we sometimes neglect our need for down time. Over the past few days, God gave us some much needed down time in the form of ice falling from the sky and, for that, I am truly thankful. And, as an added bonus, I am that much more ready to get back to work – that is, once the roads clear! 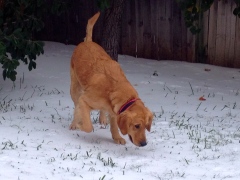 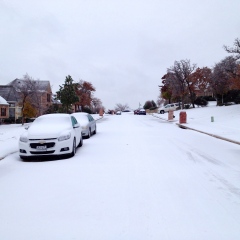